Let's start with two obscurities from the Spin label: Eric Black & The Lifeliners - The Yielded Life LP. Spin Records 1970.
The north is thick with religious themed LPs like this one. Is it any wonder? This scarey looking cover begs the question: What the fuck is a lifeliner? 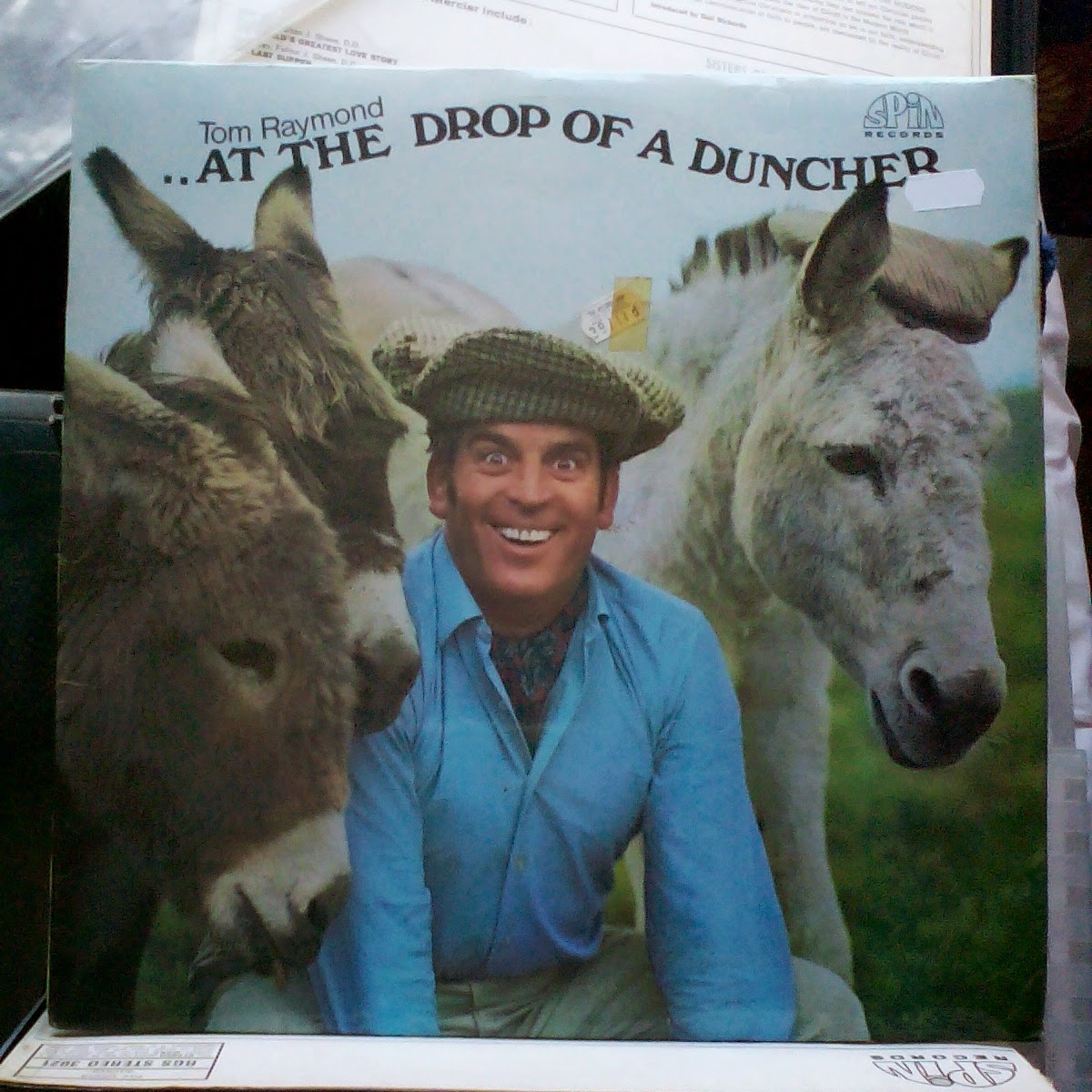 Tom Raymond ...At The Drop Of A Duncher LP. Spin Records 1970.
Spin are known for the religious and gospel records that pepper the discography, but what about comedy titles, you ask? I know of just one and this is it. In case you don't know, a duncher is a flat cap, and the extra large duncher Tom is wearing on the cover suggests this LP must be hilarious. The donkeys maintain their dignity throughout. Fair play to them. 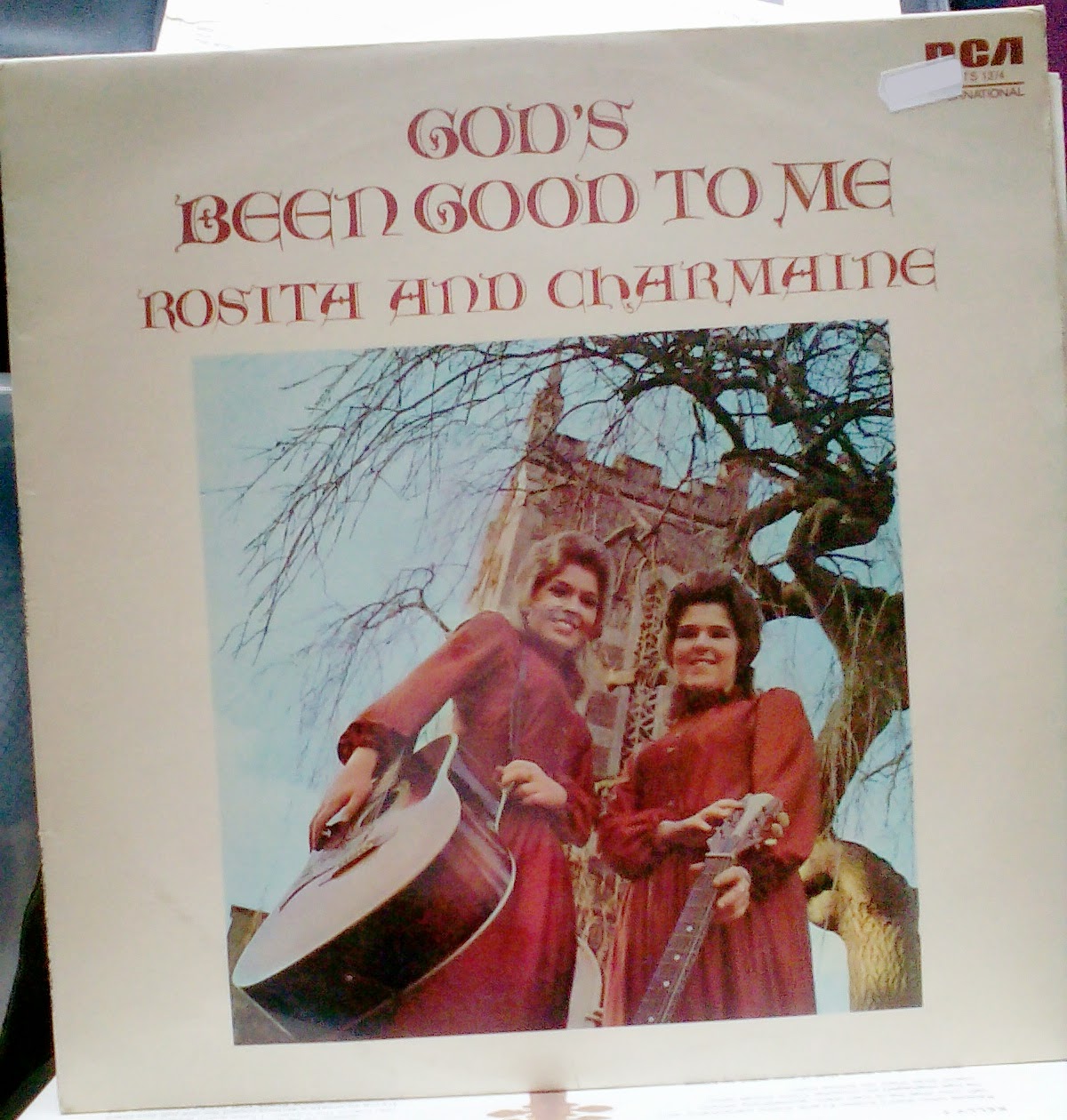 Rosita and Charmaine - God's Been Good To Me LP. RCA International (UK press) 1972.
Gospel singing twin sisters from the north. The Power of Christ compelled me to buy it. 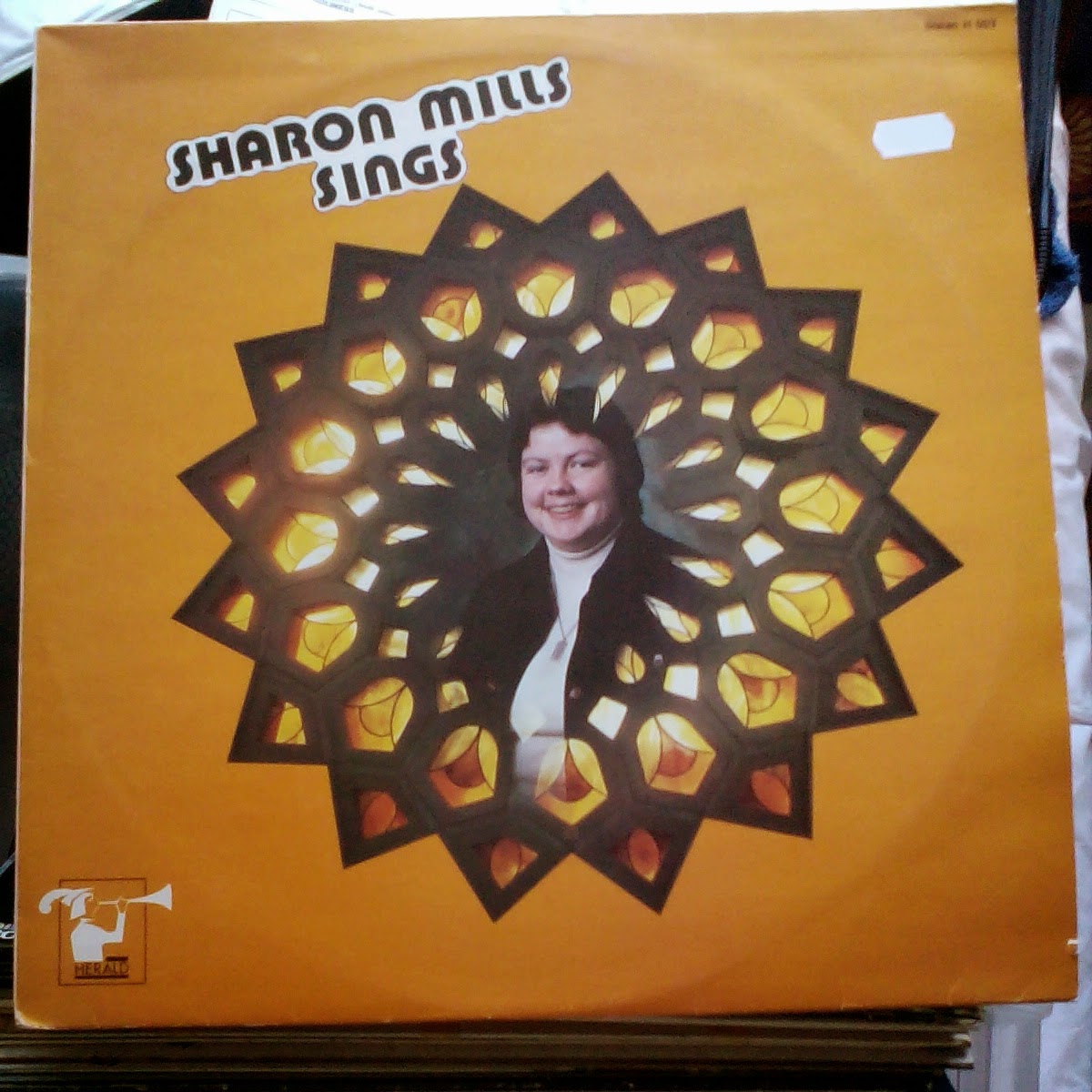 Sharon Mills - Sings LP. Herald Records, undated.
Another christian effort from the north. I must admit I know neither the artist nor the label. The credits list a full electric backing band, so there might be something interesting here. Note the cool 3-D effect on the cover. It's actually a normal flat cover. Sharon looks a bit like a nun who used to scare me when I was a small child. Not her fault, of course.

Update: the 3-D cover effect turns out to be the best thing about this LP. Despite the electric band backing, this one is strictly for the converted. 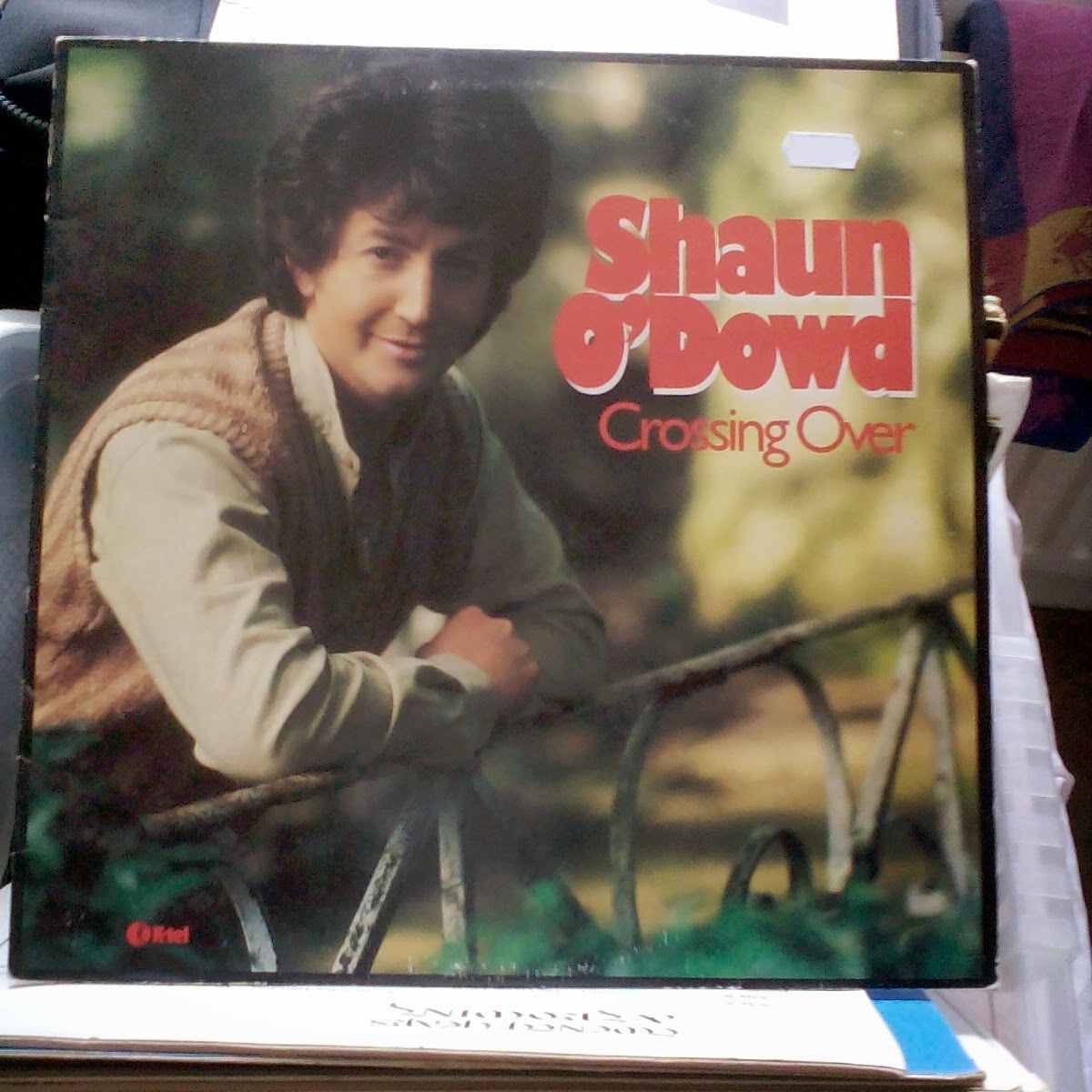 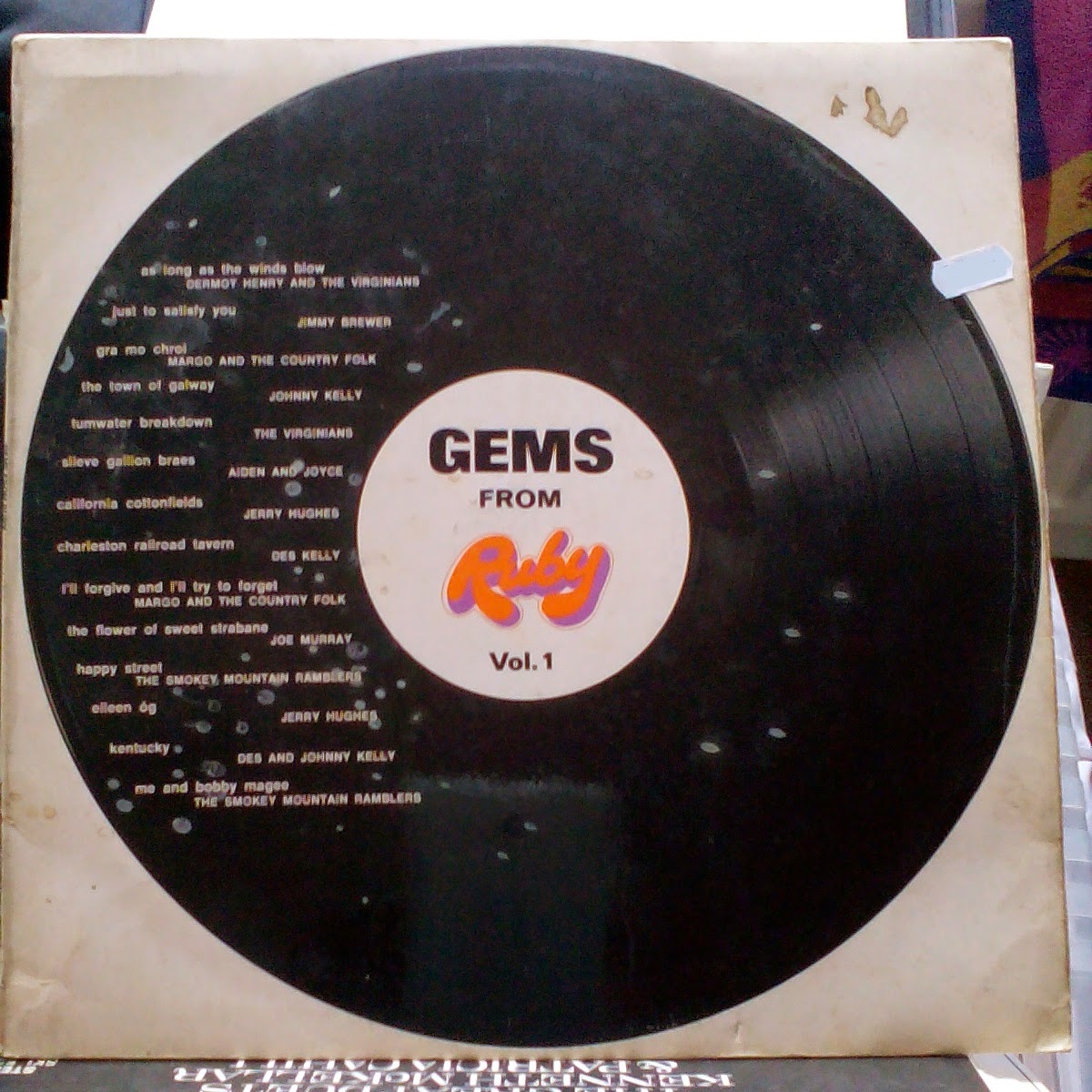 Gems from Ruby, Vol.1 LP Ruby Records 1970.
Label sampler collecting album and single only tracks. I like label samplers as a rule but this one isn't so hot, as it's mostly country and western fare. Nice minimalist design on the cover. The splatter effect on the cover is unintentional. I intended to clean it before taking the photo but forgot. These records are often in this kind of state - and far worse - when I find them. I've become a master of restoration. 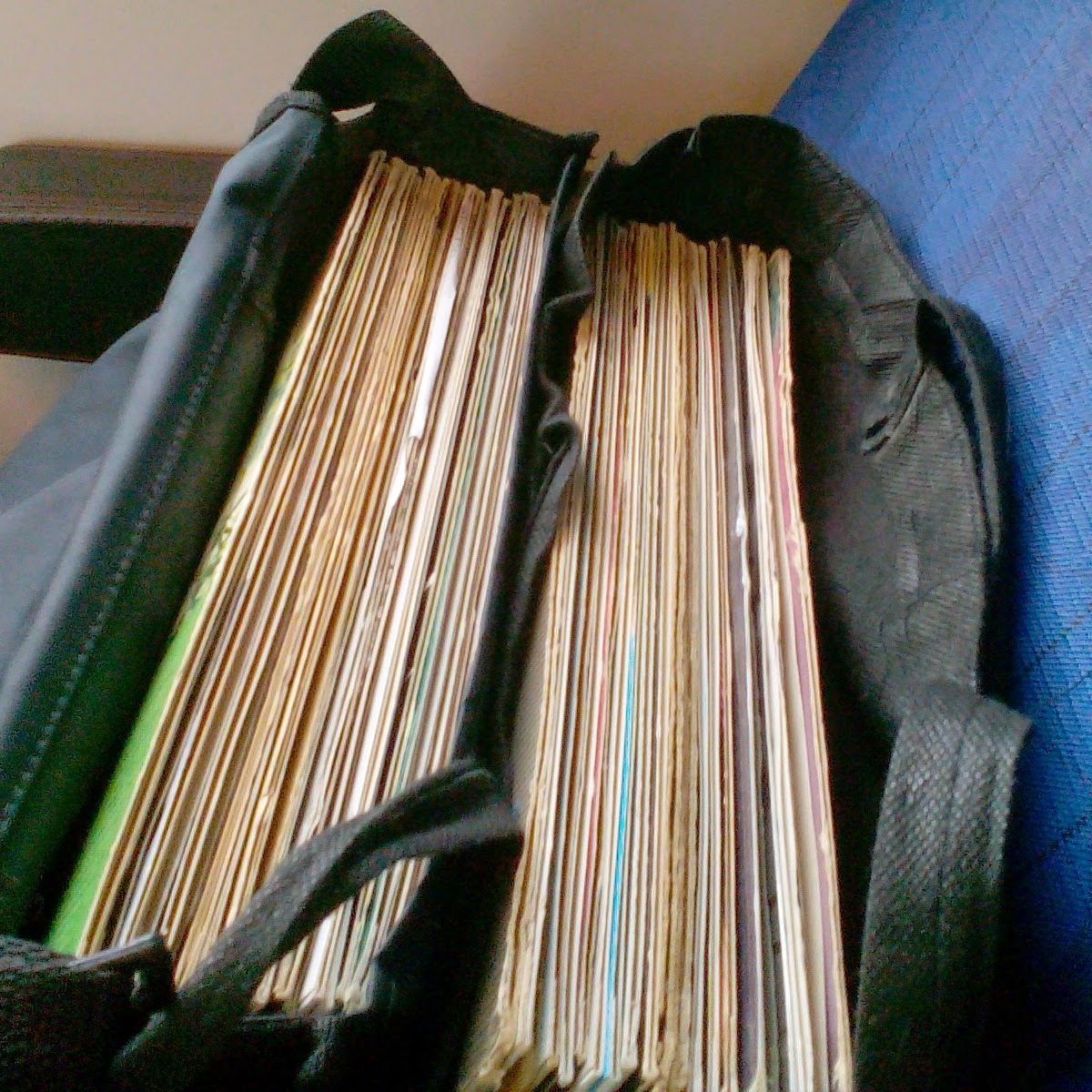 Loads more to come, this doesn't even begin to scratch the surface.

Posted by milesago at 5:12 AM No comments:

In the same vein as yesterday, another sumptuous visual feast... 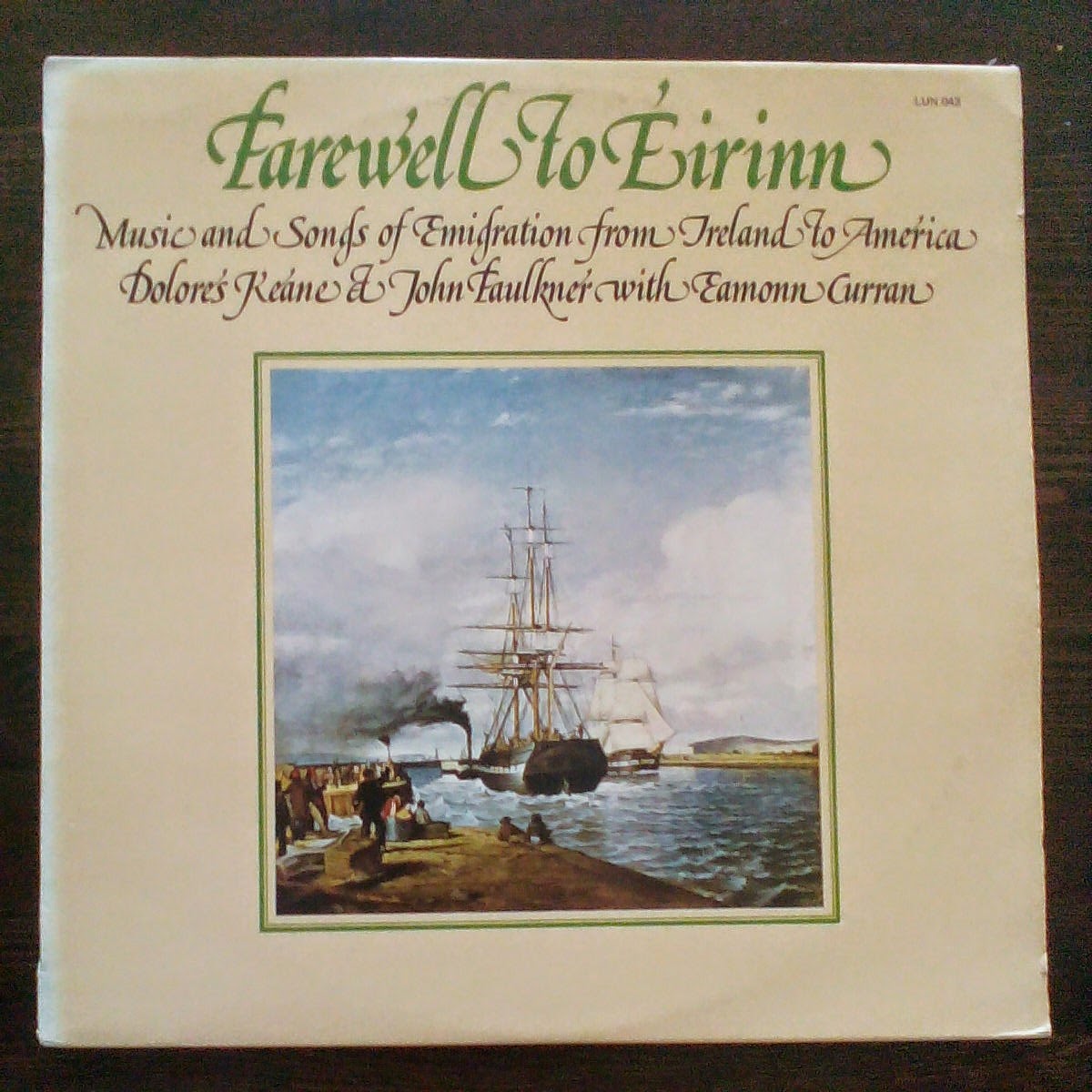 Dolores Keane, John Faulkner, Eamonn Curran - Farewell To Eirinn LP. Mulligan Records 1981.
A tough one to find. This has the German FolkFreaks logo on the back cover though to my knowledge there is no German pressing. 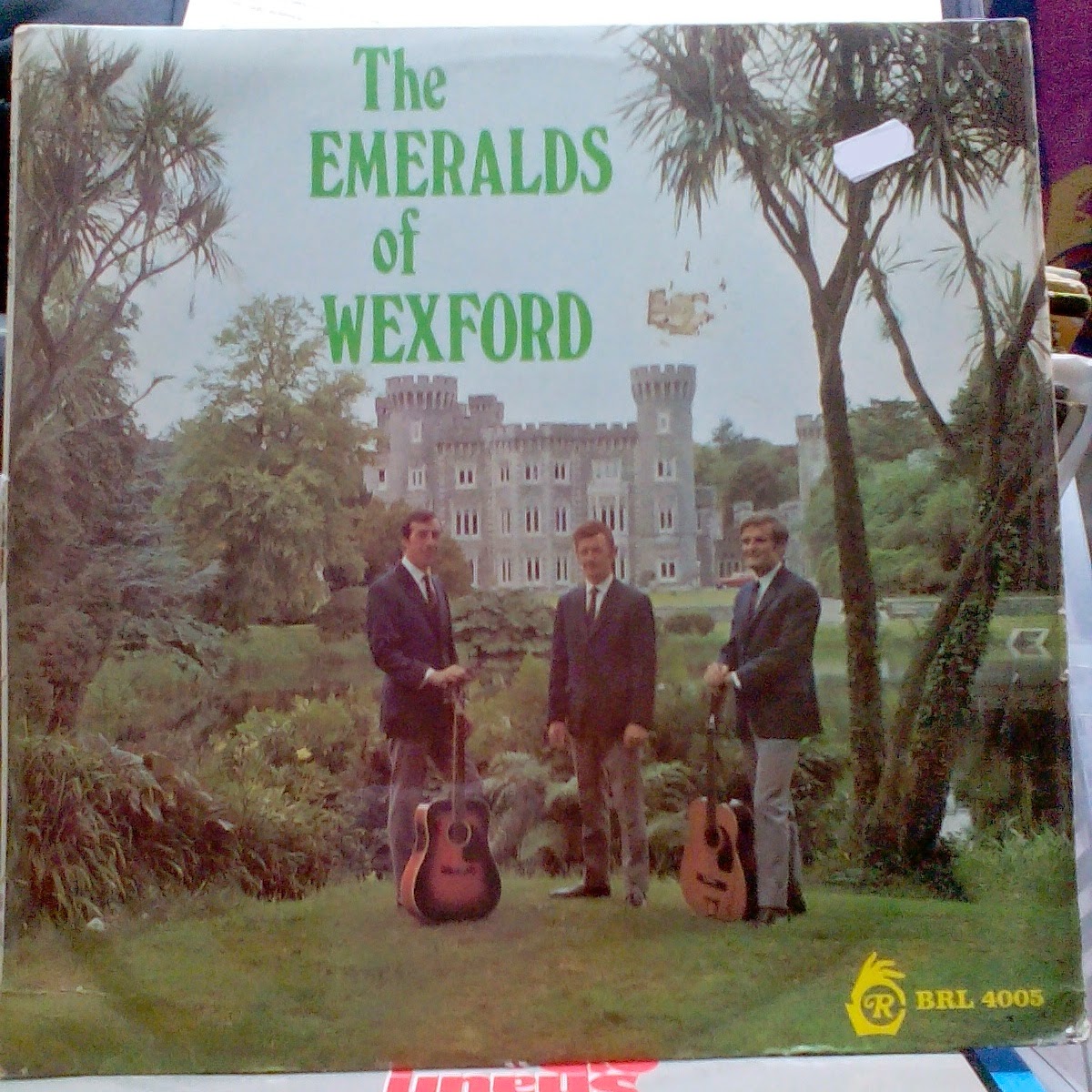 The Emeralds of Wexford LP. Release Records 1970.
Aims straight for the Emmet Spiceland demographic, judging by the track listing. Another not easy to find LP (though when you do, it'll be only 10p)


Update: I misread the clues. Unfortunately, this is bog standard pub/cabaret folk crooning recorded live with evil irish.trad.accordion and a ceili band drummer whose favourite song was The Yellow Rose Of Texas judging by his preference for paradiddling on the snare. What a disappointment. 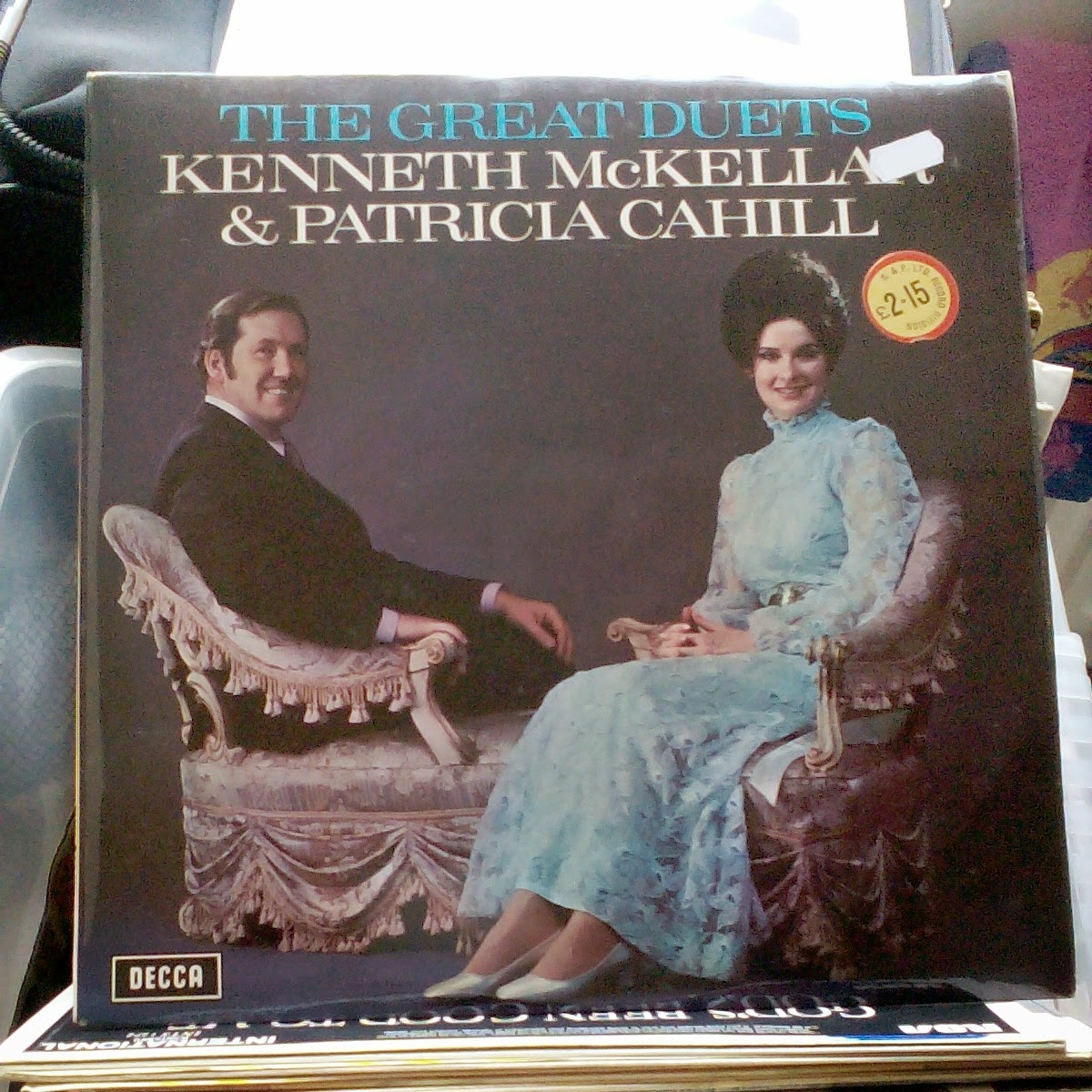 Kenneth McKellar & Patricia Cahill - The Great Duets. Decca Records 1971.
What a lovely frock. Is it my imagination or does Kenneth look slightly aroused? Must be the whiff of chiffon. 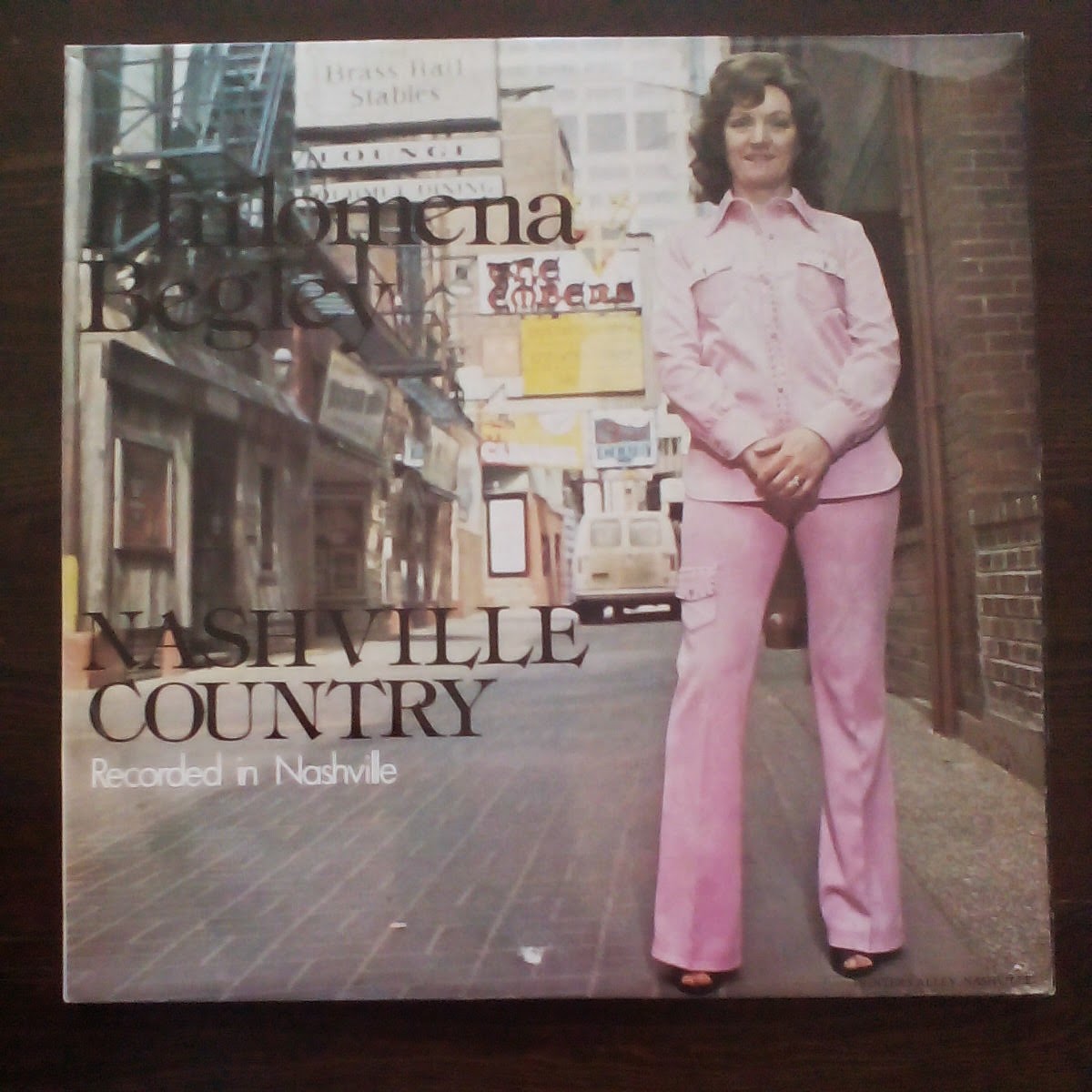 Philomena Begley - Nashville Country LP. Top Spin Records 1978.
Words fail me. I think this is my favourite LP cover of all time. For some reason, it reminds me of this: 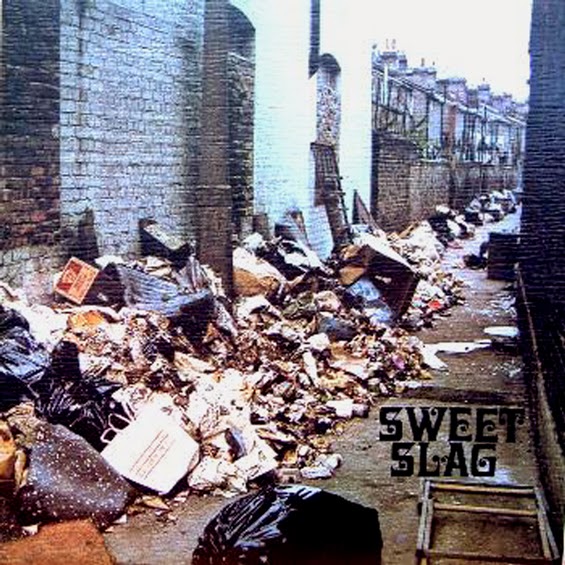 Oh don't worry, there's plenty more where these came from ...

Posted by milesago at 2:29 AM No comments: 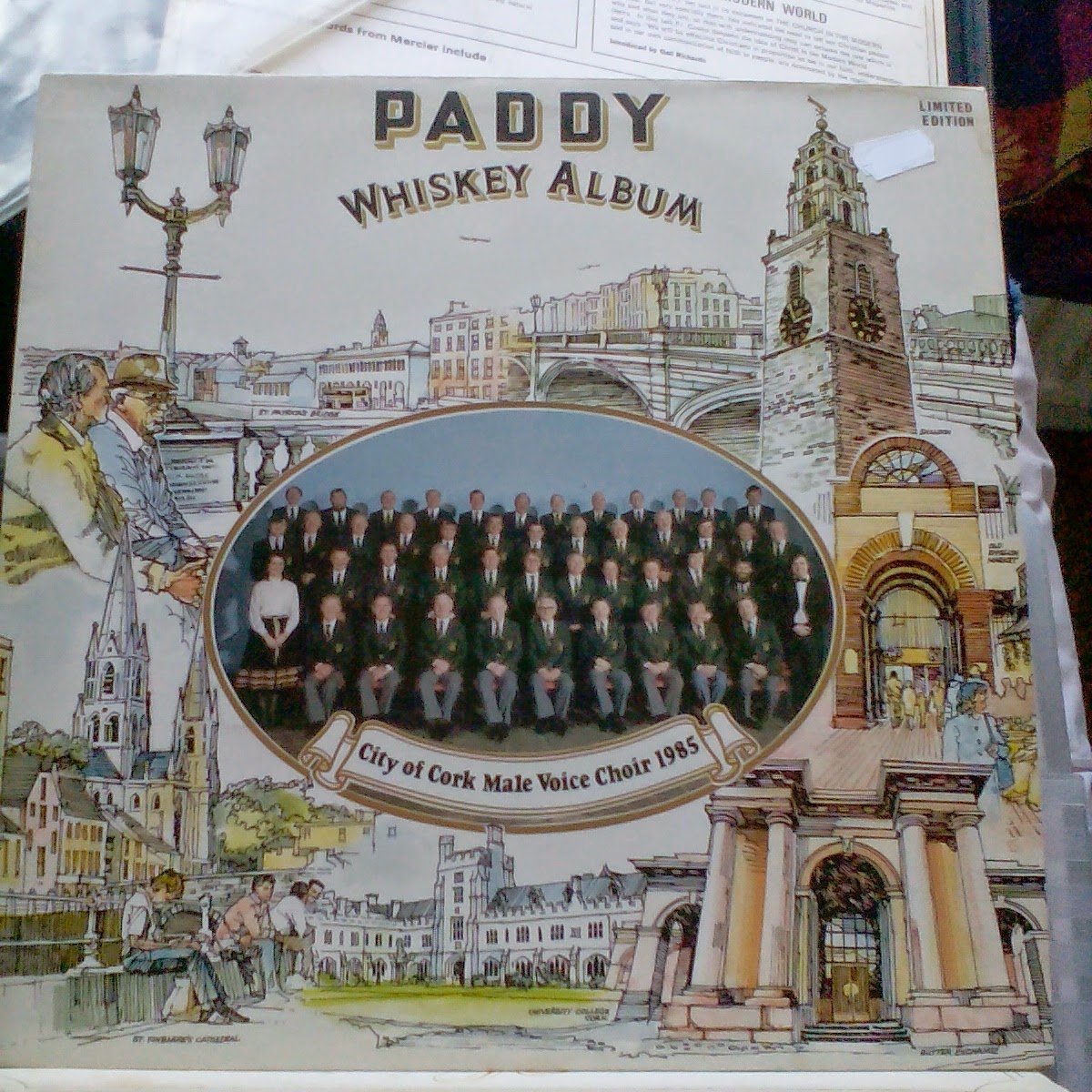 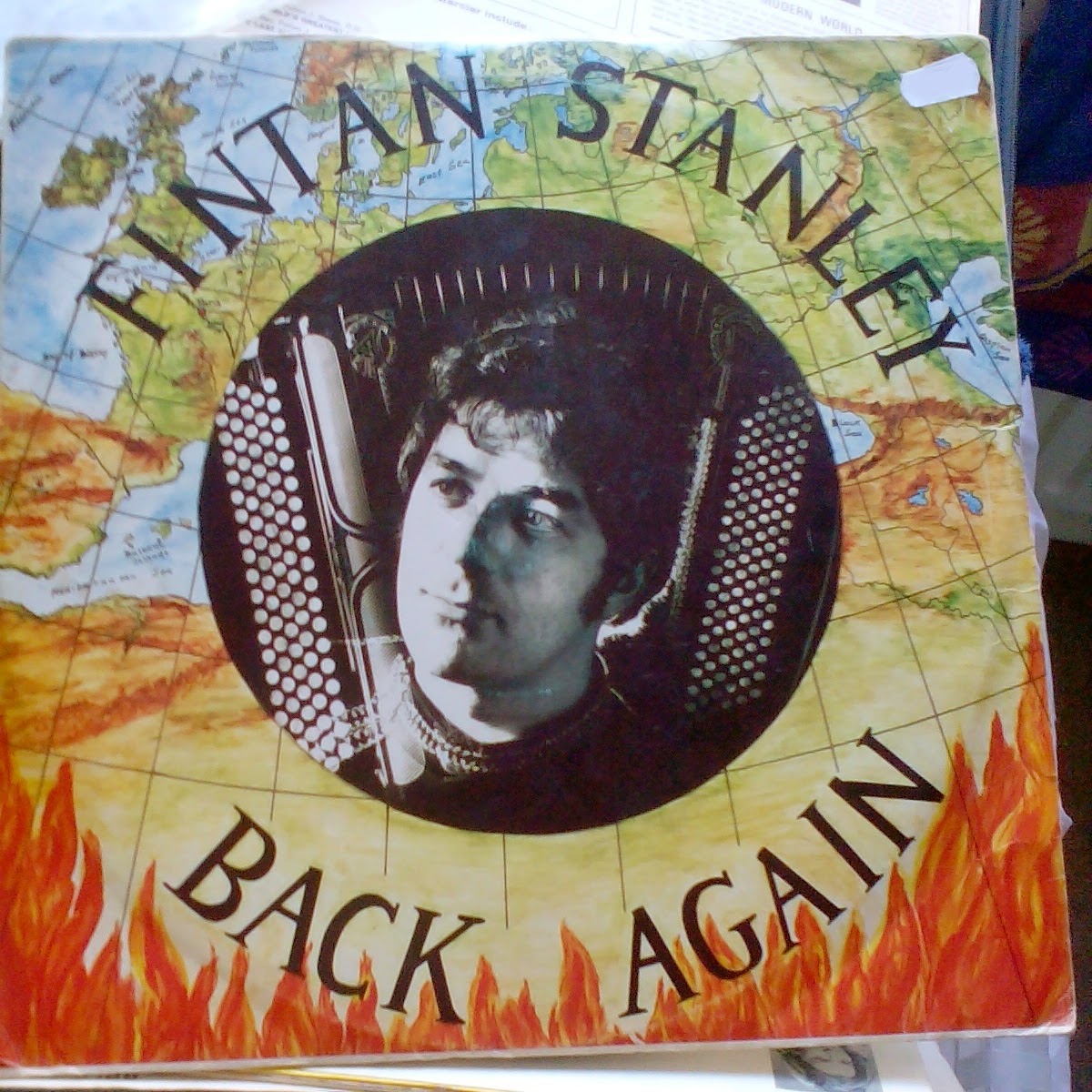 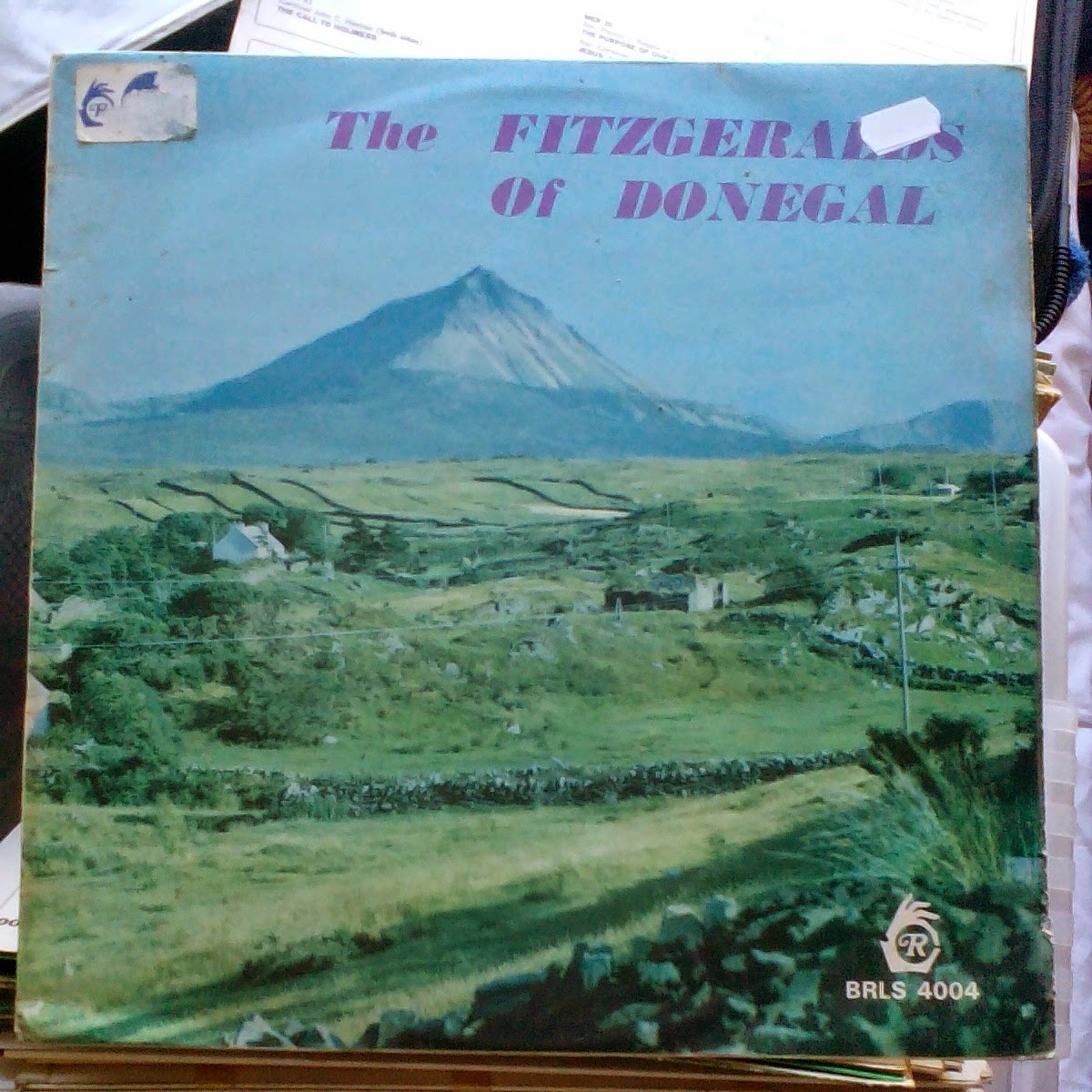 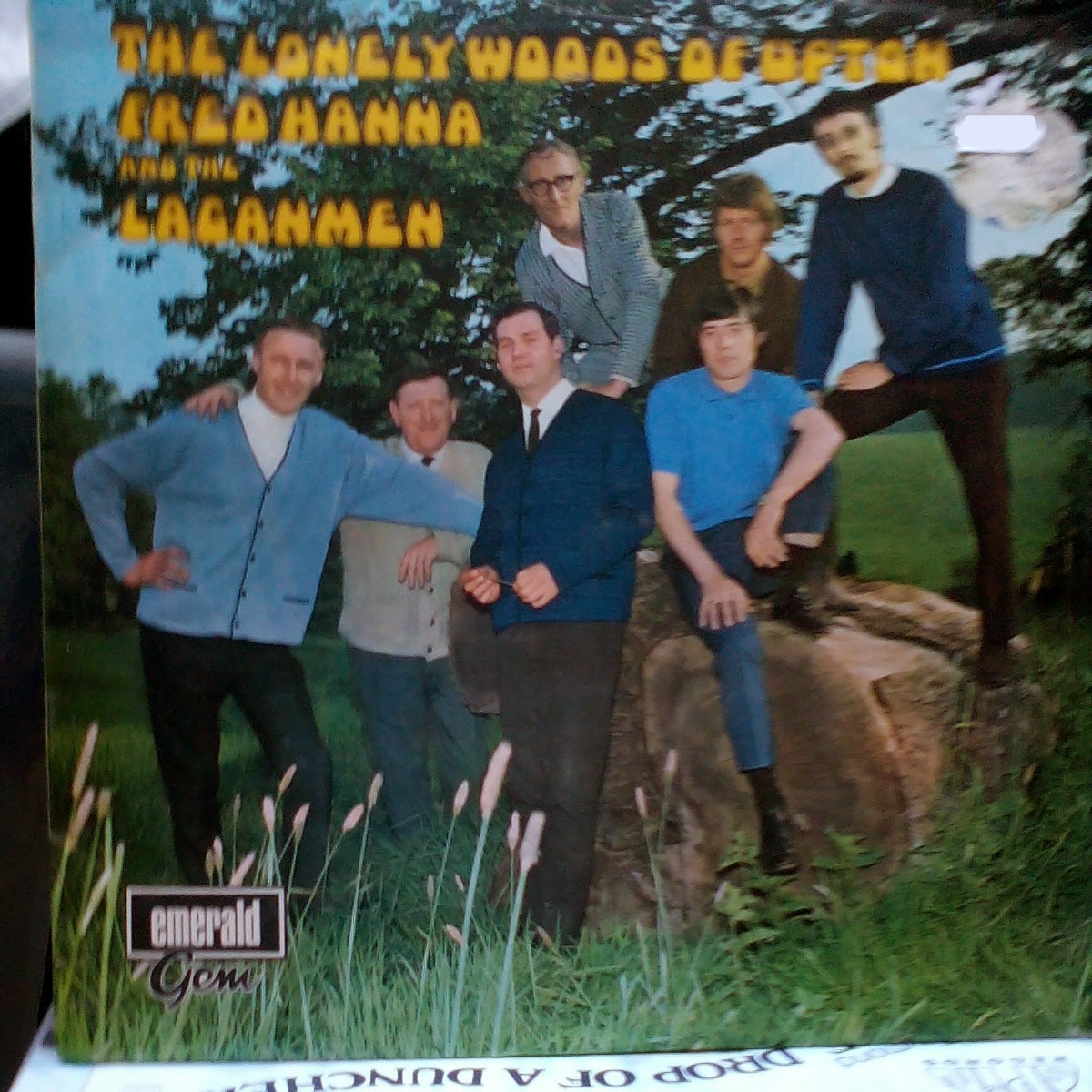 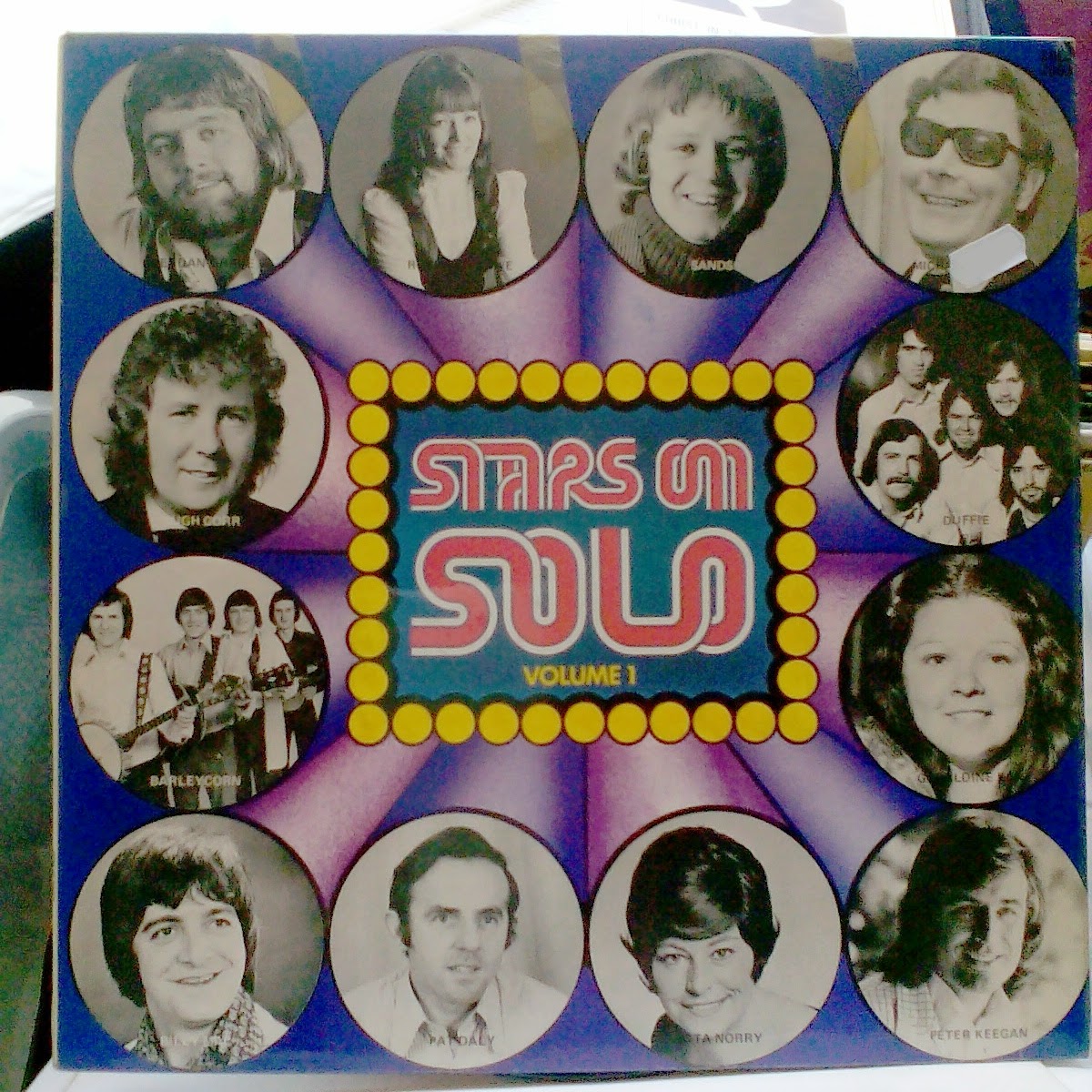 Posted by milesago at 4:18 AM No comments: 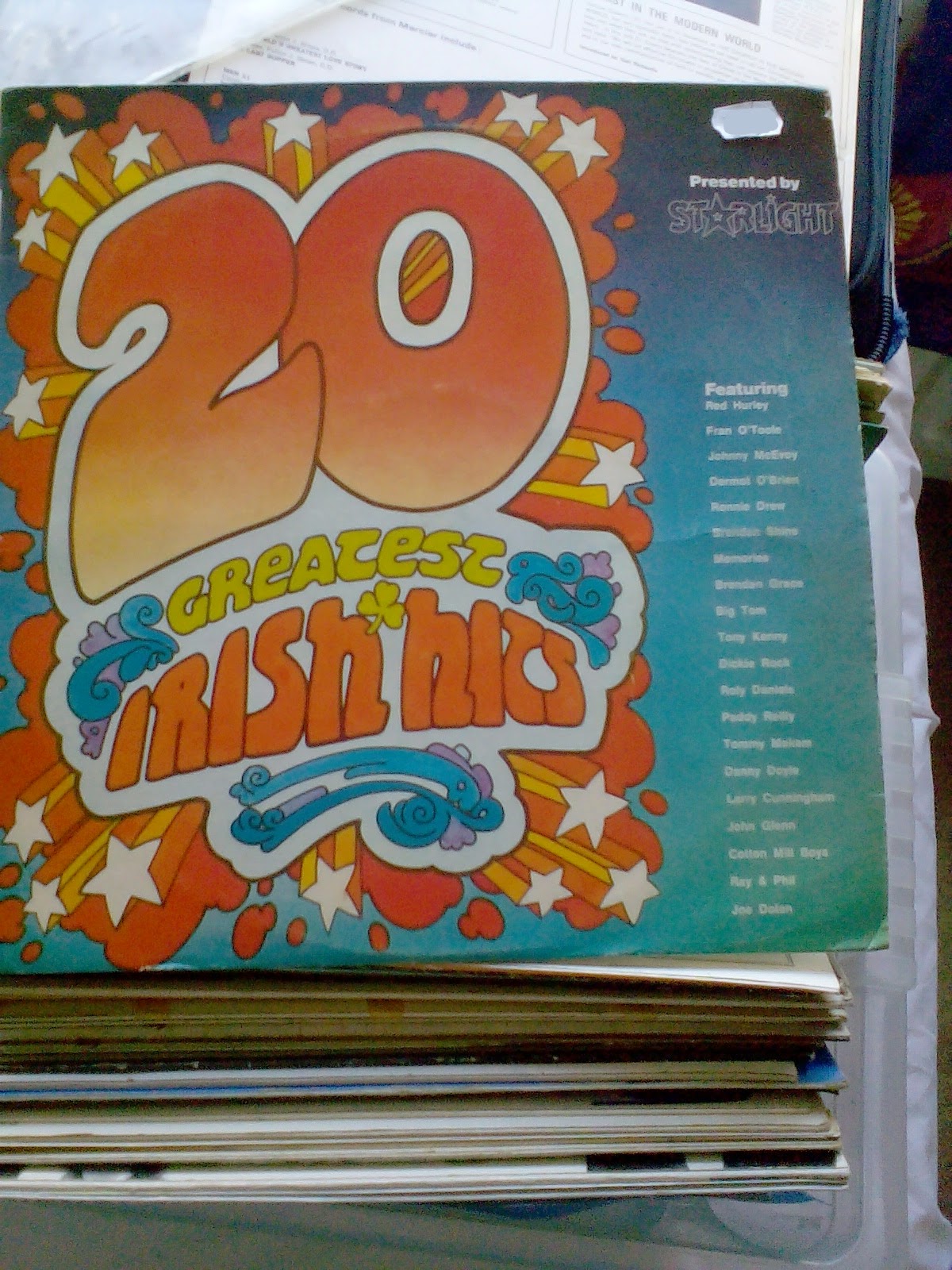 Cover artwork by Jim Fitzpatrick. One of only a handful of records issued by Starlight magazine. 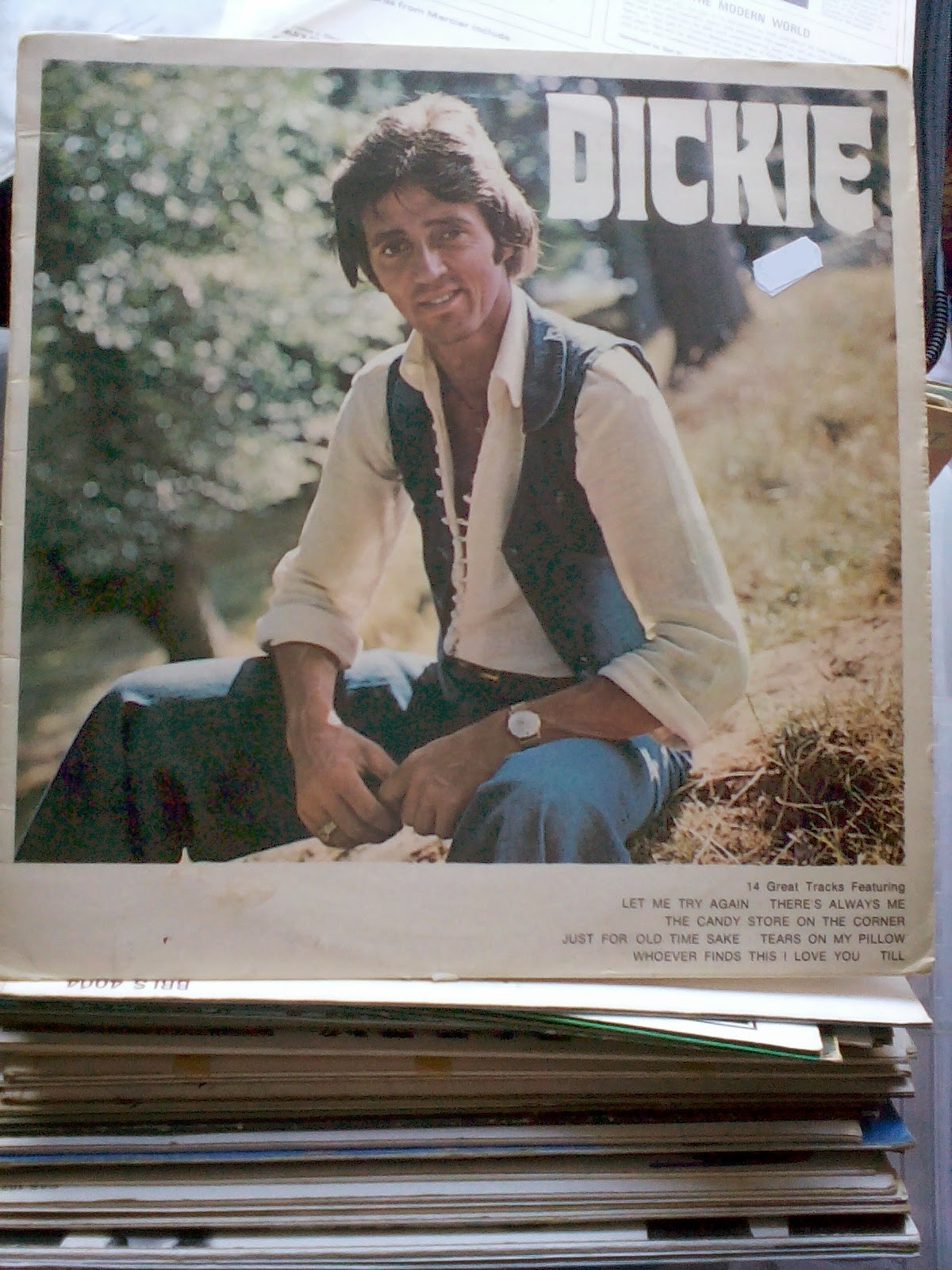 Dickie Rock post Miami. The cover shows Dickie in a rural, outdoors-y, denim clad mood. Nice! Unfortunately the record contains the usual, predictable, middle of the road track listing. I'm not sure if these are re-recordings or if this is simply another greatest hits package.

Update: these are re-recordings. 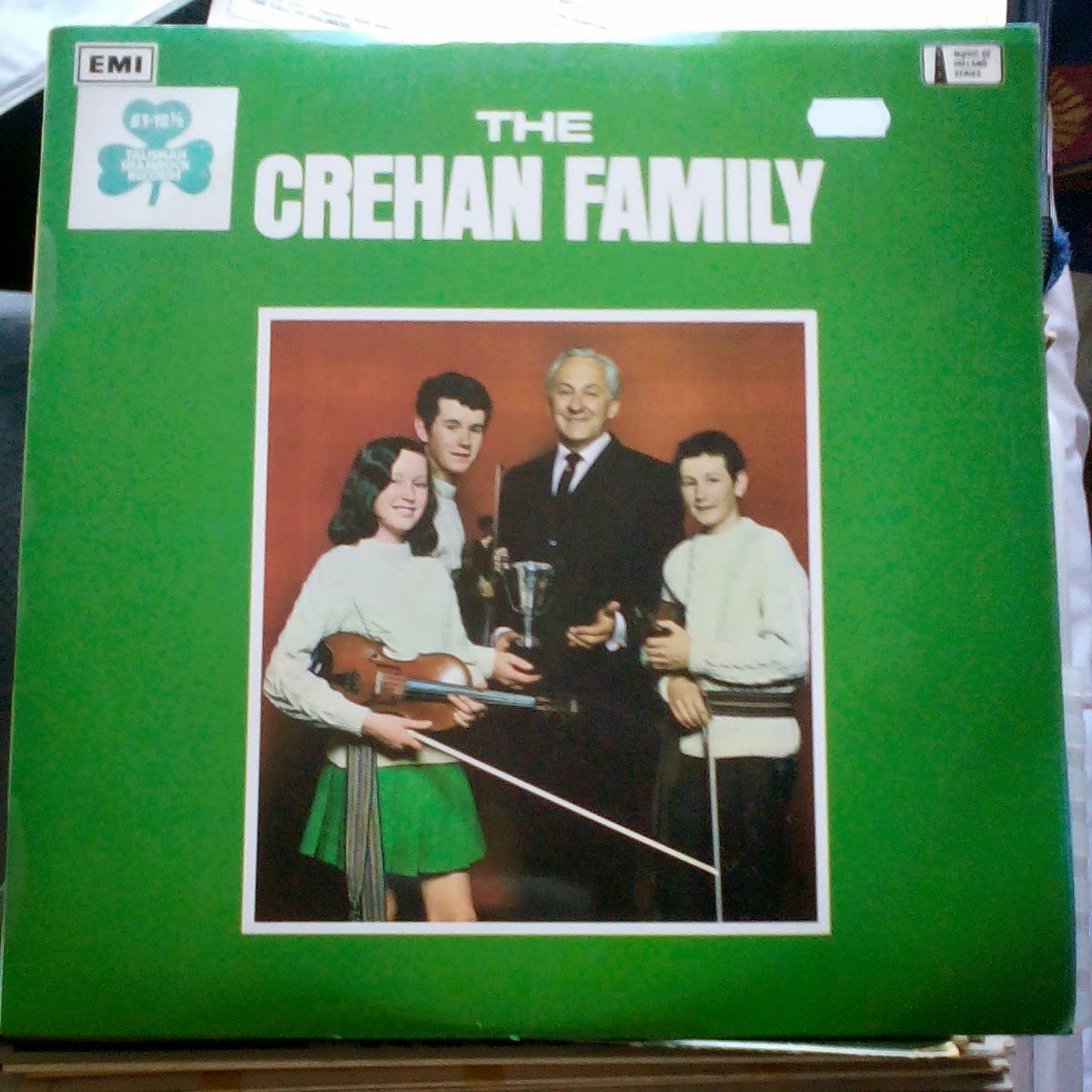 Pictured as Opportunity Knocks winners on the cover, with Hughie Green. Hughie later explained to them the evils of trade unionism.

Posted by milesago at 3:44 AM No comments:

Here are some records that have come my way recently. Now that I have a tablet I should be able to keep this blog updated more regularly with the constant stream of vinyl that comes through my door. That's the plan anyway but it could just as easily turn out to be another false dawn followed by another year of silence. We shall see. Some of the following records will probably be quite appalling but I simply can't stop myself. Let's start off with two 'entertainers'... 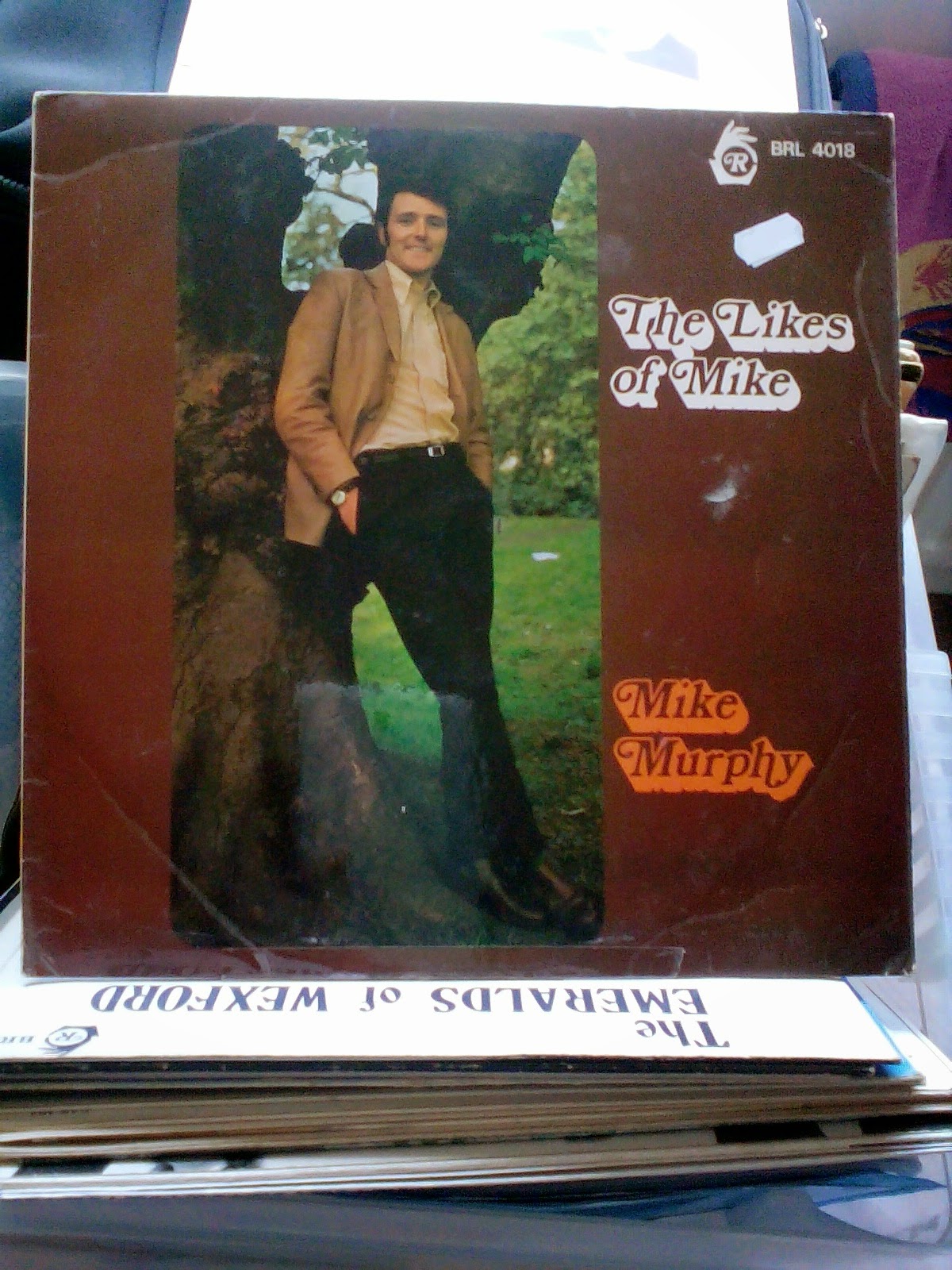 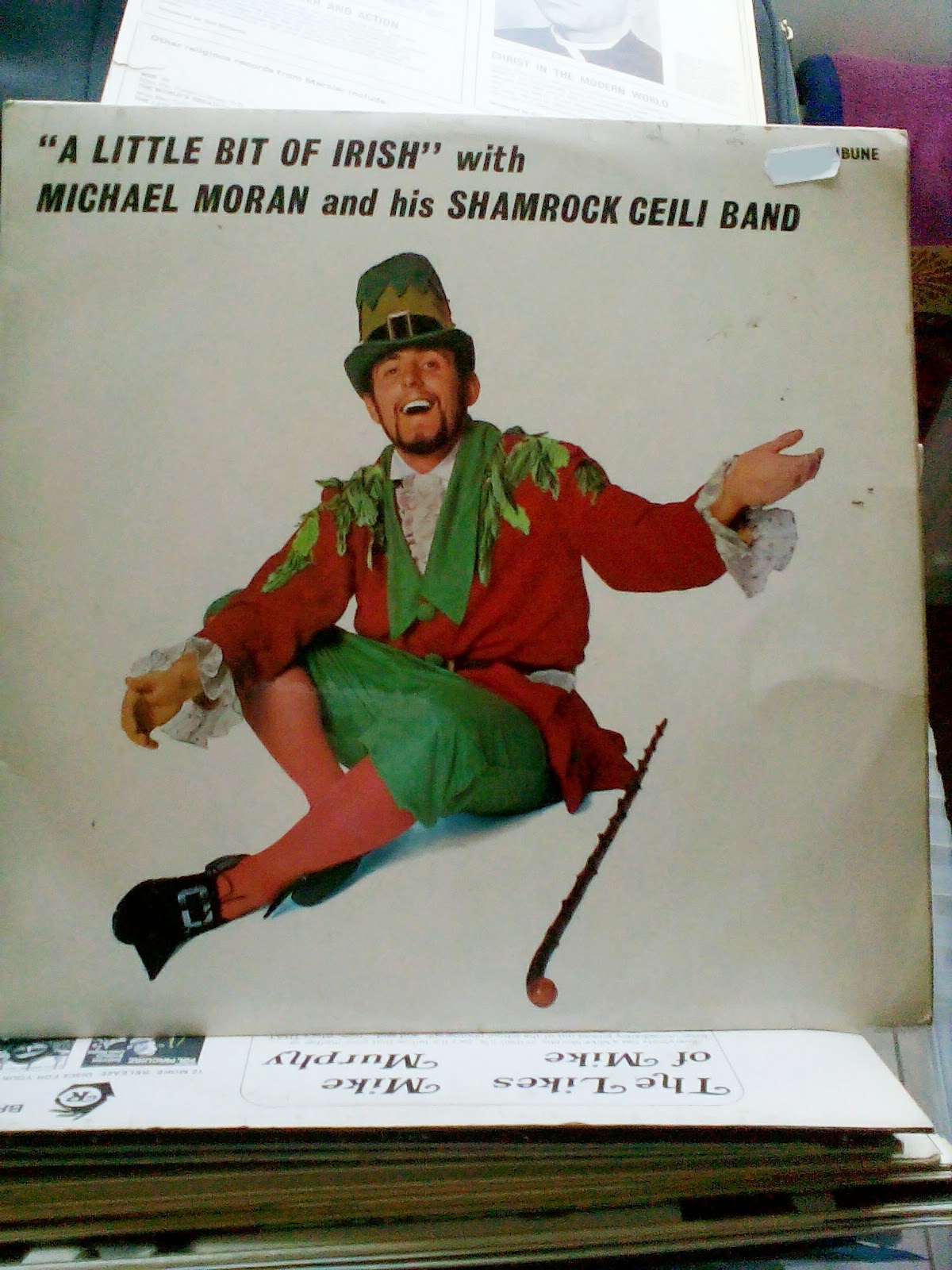 What a horror cover. I can only imagine the deep shame felt by his descendents. Tribune released some interesting records at the end of the sixties, but this isn't one of them.